Bottom of the Barrel

I saw an organ grinder and his capuchin the other day –
He made an awful racket, and the monkey didn’t want to play,
And no surprise !, the poor bedraggled creature looked a broken thing,
Half-starved and half-exhausted, on a short and fraying string.
The organist was little better – no musician with a skill –
He simply turned the handle to produce the loud and flat and shrill.

I ought to add, this wasn’t in a smart and swanky part of town,
Because the rich have constables to move them on and shut them down.
Instead, they haunt the humble in the poorest, foulest thoroughfare,
In begging half a penny from the folks who haven’t one to spare.
But still I stopped, and watched that doleful monkey, as his master hawked,
And wondered what he might have dreamt of, if he only could have talked…

“I’d rather be a monkey than an organ grinder, any day –
We monkeys gets to leap and dance, and gen’rally to have our way,
And sport a hand-made uniform, and all the grapes that we can eat,
And always plays to cheering crowds from Berkeley Square to Gower Street.
And yet the world is quick to view me as a lackey or buffoon –
But grinders only get to grind, and grind, and grind all afternoon.”

I saw an organ grinder and his capuchin the other day –
And shared a knowing look, we three, of how they’d soon be swept away. 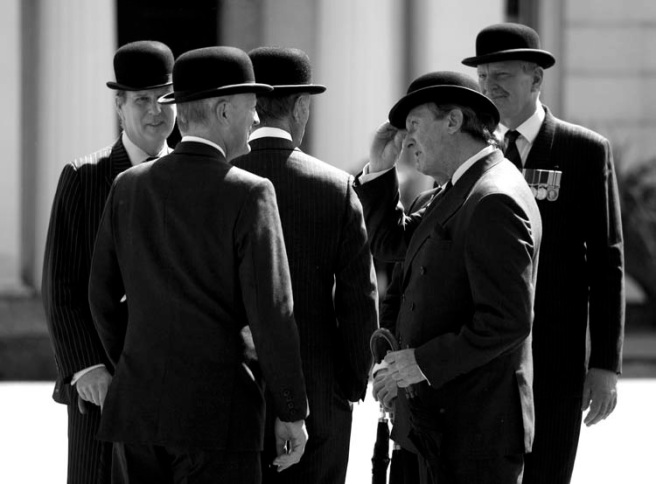 Once there was a time when a man was his surname –
The only name they ever used at school, or in the Guards.
A gentleman at club would be hailed as little better
Than the sappers in the trenches or the inmates in the yards.
Forenames were for sissies and for ladies – or your relatives,
And only then because they else would all be called the same.
Soon as breeched and blazered, they were down to the initial –
All that mattered was the fam’ly silver and the fam’ly name,
But one or two more wily gents had first-names not to be ignored –
Jerome K Jerome and Ford Madox Ford…

Lost Couplets from The Auguries of Innocence

A louse plucked from a child’s hair
Shall cause this world to grow less fair.

A guinea worm dug from an eye
Shall leave behind a greater stye.

A flea disturbed before she dines
Is desecration of the shrines.

For veins of blood washed free of flukes
Shall topple kings and pillage dukes.

Each tapeworm flushed from out the gut
Shall see our stenchful filth in glut.

And tortures wait in Hell for he
Who cures amoebic dysent’ry.

Poor poor Johnny Dryden
Thinks that English is too English –
Wishes it could be more Latin,
Than this horde that he’s combatting.
But he’s heading for a hiding
If he thinks our mongrel language
Is a synonym for Latin,
Somehow ripe for reformatting.

Poor poor Johnny Dryden
Hates those final prepositions –
Keep them out, just like in Latin,
Else we’ll really let the cat in.
Always ready for some chiding,
He polices our transmissions
Should we stray away from Latin
In our ungrammatic chatting.

Poor poor Johnny Dryden,
Hates infinitives to split –
After all, you can’t in Latin…
Oh, to truly scholar that in !
But the mobs are over-riding
All his careful rules to bits !
Ripping off their hairshirt Latin
For their English shifts of satin.

Bernard Shaw, as sharp as a razor,
Quite at home in a tie and blazer.
But his beard is less Belgravian –
He may be Shaw, but never Shavian.

The Clone of Beauty

So why did the Pre-Raphaelites have just the single face to paint ?
Did they all maybe share a model, or ideal, or a joke ?
Or were they merely moral allegories, underneath the quaint,
The playthings of a puritanic club of touched and airy folk.
Their lounging nymphs of languid myth are diaphanous deities,
Sometimes naked, always perfect, from Pompeii to Camelot –
But rousing such lacklustre lust, or any spontaneities,
These strangely-sexless sextuplets are gazed upon to be forgot.

These muses with the single face,
And even fewer flickers of emotion in their artful grace,
Demanding our devotion as they pose from Albion to Thrace.
Androgynous, without a trace of cleavage,
Under wafting folds of lace,
But then again, their cold embrace has little use for heavage.
At least their hair is big and wild,
Those flowing waves and ringlets piled in unexpected verve,
Quite out of place around a mask so English in reserve.
This Sisterhood of sylvan sylphs –
In pastels, primary and bright,
Or bathed within a golden light –
Are quite the finer sort of elves,
Perhaps the fairest of the fay,
Just waiting for a errant knight or shepherd boy to pass their way.

Or maybe just ourselves,
The gawpers in the gallery –
The hoi-polloi who shrug and stare,
And wonder why they have to share
A single personality.

I wrote this some years ago but dug it out after visiting the Pre-Raphaelite Sisterhood exhibition at the National Portrait Gallery.  I had always assumed that the apinters made all the faces the same in search of an shared ideal of beauty, but I now suspect that the the similarities were in the flesh rather than the paint – the woman they chose as models already looked alike.  They also shared their models around, in every sense, and I don’t think these women did any modelling for more establishment artists.  Now, we just need a good investigation about the male models they used…

Sir Robert Chiltern, Bart –
A plummy, chummy, bleeding heart,
Who made some dosh insider trading –
Suddenly his star is fading
When extorted by a high-class tart.

What ho !, his chums in high-up places
Shall protect him from disgraces –
Don’t let on, don’t make a fuss,
For don’t you know he’s one of us ?
So stiffen up the lips on both his faces.

So what, a sacred trust was sold ?
We’d do the same for thirty gold !
So call the playwrite with the sharp wit,
Sweep it all beneath the carpet –
No need that the voting plebs be told…