From Eden to Creation

Knowledge has always a dangerous gleam,
And there in the Garden, that treacherous Snake
Would tempt and corrupt with so cunning a scheme –
To lead the naive from this Heaven to harm,
For fog to be lifted and dawning to break,
To shatter these shackles of innocent calm.
But Eve bit the apple for humankind’s sake,
For what the Lord fears is what humans can take –
Just give us an inkling, just chance us an arm,
The glimpse of a theory, the trace of a wake,
The hint of a sequence, the ghost of a theme,
The scent of a notion, the birth of a dream,
We’ll bend it and twist it and pick at its seam,
And build it and test it and lay bare its charm,
Till genome and quantum are held in our palm.

The High Cost of High-Rise

Okay, I’ll admit it –
The expertise to scrape the sky,
To build a hundred storeys high,
The maths we truly understand,
The engineering we command,
To know the stresses held in steel,
To take such plans and make them real…
Okay, I’ll admit it,
It’s a pretty bloody big amazing deal. 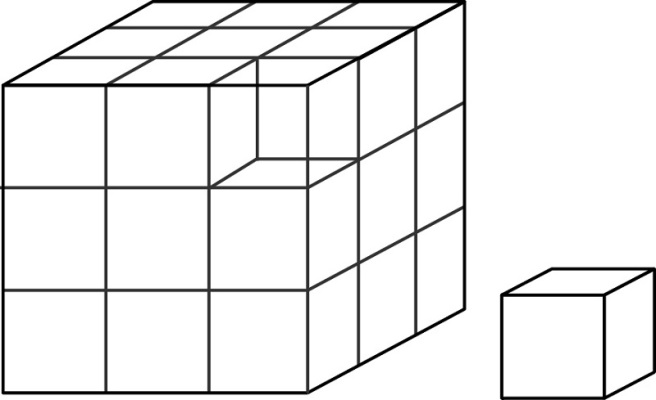 A cube of side-length 1 tharg long,
Has an area of six thargs squared
And a volume size of one tharg cubed.
That’s one to six, when they’re compared.

But now let’s double up its size
To two tharg lengths, and suddenly
The area is twenty-four,
The volume eight – that’s one to three !

So scaling up the width each side
Reduces what is held within ?
Well, in proportion, so it seems –
Except in truth it’s all just spin.

Let’s take that smaller cube once more,
And measure it along the side
And find it isn’t one at all,
But now six zorbies wide.

It hasn’t grown, it hasn’t shrunk,
But now it’s strictly one to one –
The lesson I have taught today
Is never trust statistics, son !

“No Free Will” can mean two different things –
The first of these is in our brains
That we’re simply biological robots,
Thinking we’re free but forever in chains.

The second is that the Future exists,
It already exists, so it has to arrive –
And the only way from here to there
Is to give up choice and to let fate drive.

According to boffins, it’s out of our hands,
That we’re all algorithms just floating in space,
And the only uncertainty’s not us, but quantum,
And anyway time is all over the place.

Now I know pressure, and I know predictable,
And I know duality – a body and a soul –
But minds are physical, products of biology,
Not separate from bodies, but under their control.

And yet…And yet…
Honestly ?
I mean, yes, I get what they’re trying hard to say,
But it doesn’t sit with me.
I don’t feel a slave even on the dullest day –
You know, I’m feeling pretty free.
And yes, we could be programed so we never notice anyway,
Or maybe we’re just bluffing.
I mean, we’re self-aware – does that count for nothing ?,
Not that the universe would care.
But when it’s down to tails or heads,
To blues or reds,
Or jazz or blues,
That barely even matters which we choose.
Well…have we still the power to refuse ?

And as for that time thing…what’s there to discuss ?
How did the future even get ahead of us ?
They say it isn’t set,
That we still get to select,
Except, of course, except,
That the causes haven’t happened yet,
But all of the effects are in effect.

But come on, we all know that it’s bollocks !
Of course we all get to make a choice,
We’re not all living in a virtual simulation,
And there is no cosmic script that we must voice,
Now normally I show respect to scientists,
But normally they have to prove their stuff –
So I’ll rely on common sense and take responsibility,
And I’ll be free, at least – or free enough.

You come so soft, sweet Twenty-Ninth,
The sum of quarter-days –
You take unmissed those surplus whiles,
And solar-annual strays;
And whether you are bursting Spring
Or Winter’s final greys –
You come for free, or so it seems,
Through mathematic ways.
We owe it all to Julius,
Who’s clock the Earth obeys:
He holds in trust your orphan times,
And four years on, repays.

Before the sleek electric dream
Of whisper-quiet fame,
But after huffing, belching steam –
The throaty diesels came.

They didn’t need the hours’ prep
To warm their liquid fires –
Just turn a key, unleash their pep,
As quick as any wires.

Of course, they never looked as good,
A-head a wistful train,
(With pistons, gears and drivers stood
Exposed to soot and rain).

Instead, they rumbled under feet,
As felt as much as heard,
On branches sparks would never greet –
As second-class, not third.

If Ten were Twenty

Is there any reason why
A zero should be naught,
Except that that is what we’re taught ?
But just to wonder, by-the-by,
If we could write an oh for ten,
And only turn the corner when
We reach eleven – only then
Should double digits start.
And when we get to twenty, so
We’d write it as a one-and-oh.
(Perhaps we’ll call it ‘tenteen’, though,
To fit the part.)