Handle for a Han Girl

Don’t ask me her birth name,
For I never heard it
Till many years later – too late to take root.
No, she was called Clover:
So terribly English,
So strangely old-fashioned, and strangely un-cute.
And pure Anglo-Saxon – her name, but not her –
No, she was as Chinese as any I’ve met,
With excellent English and excellent manners,
Yet bearing the name that was all Somerset.

And as for her birth name,
I knew that she had one,
But she never told me, and I never asked.
And had I been told it,
I’d only be baffled
By which was her first name, and which was her last.
So she plucked a new one, did Clover, a new name –
I don’t know why this name, but this name is she.
She chose it at high school, I gather – they all did,
Her classmates and Clover, they chose who to be.

Sing it if you want to,
Cos I cannot stop you.
Pay me my royalties,
Do with it as you please.
For once a song is out there,
Then it’s out there for ev’ryone –
It’s out there for evermore,
They’re all out there together.
Until I’m dead for three score ten
And then it’s all for free forever.
But until that day,
If the author gets their pay,
Then the artist gets to sing away.
Permission isn’t theirs to grant,
And nobody tells anyone they can’t. 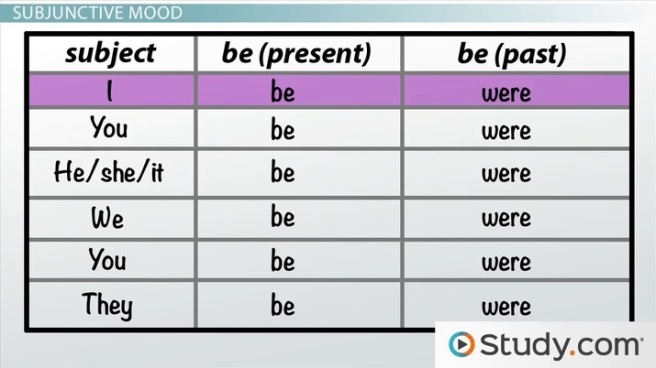 If I were to say today
If I was,
Would I generate a buzz
At my un-subjunctive ?
I doubt it.
Not to be presumptive,
But the world can live without it.
The less-pedantic folk
Have been dropping weres for years –
Not to provoke,
But only, it appears,
That they never learned a diff’rent way.
And who’s to say that what they say is wrong ?
Their meaning is as clear
To an ever over-fussy ear,
And all thanks to context –
That complex glue that helps us get along.
To make a counter-factual phrase,
They have no need for prissy rules
That sound like strays from olden days –
They do it fine with simple tools,
Without the fuss,
Without the spleen,
And ev’ry single one of us knows wholly they mean.

Don’t weep for changes in our speech –
It changed for you,
In all those words they wouldn’t teach
That once were dangerous and new.
They horrified your grandpapa, of course –
They made him jar, they made him hoarse.
But you knew better than your betters –
Broke the fetters on the Non-U,
Took these immigrants upon you,
Gave them voice and gave them force,
You let them all rejoice
And hoped they stung –
Rolling their illicit letters
Round and round your tongue.

So if I was to use the was
Is it because I like the buzz ?
But then again, perhaps
It’s more an unintended lapse,
And not a careless slur.
Or maybe I prefer
The ever-simple sound of was –
I like the way she does,
So let her purr.
If that be all it is,
Or if that is all it be,
Let’s let the was be fancy-free –
As it were.

The Ballad of Evermore

The Thousand-Years War did not come to an end,
So they say – it just came to a stop.
When the gold and the men and the food has all gone,
Then the number of battles must drop.

The sheep were untended, the cattle were stray,
While the geese were so full they must walk,
For there’s none could survive, save the crickets and mice,
When the harvest remained on the stalk.

So famine and fasting would follow the fighting,
As fighters would follow their swords –
And even the nobles ate turnips and gruel,
While the ravens were dining like lords.

For year after year, as the sun dried the ground,
So the raiding would start with the Spring,
Till the storms and the Autumn at last gave a rest,
Till the battles that next year would bring.

When home for the Winter, the men would greet newborns,
And plant in their wives their next growth –
But all of the fighting brought all of the dying,
And birthing was slower than both.

So fathers and brothers, on hearing the muster,
Rode off with the equinox sun –
Then followed their heirs, from the firstborn and eldest –
To younger – then youngest – then none.

So plague swept the camps and the swords swept the necks,
And the romance went out of the roam,
And the tales and adventures for telling through Winter
Would often not make it back home.

Then even the daughters, for lacking their brothers,
Would join for the pride of the shire –
When even the women were thrust into arms
Then you know that the world is on fire.

The war couldn’t last now, with nobody raising
The next generation to fight –
So either the feuding must splutter to ashes,
Or burn all to keep it alight.

The Thousand-Years War did not come to an end,
So they say – it just came to a stop.
Now folk and their cattle are slowly increasing,
And harvesters bring in the crop.

But I hear my countrymen, those who came home,
As they tell of their travels with sword.
And what of our enemy ?  Cheated us victory !-
Grandsons are dutif’ly awed

The war has been wounded, and needed to heal,
But it’s now getting frisky for gore –
Were years of futility not pain enough
That we’re keen for a thousand-odd more ? 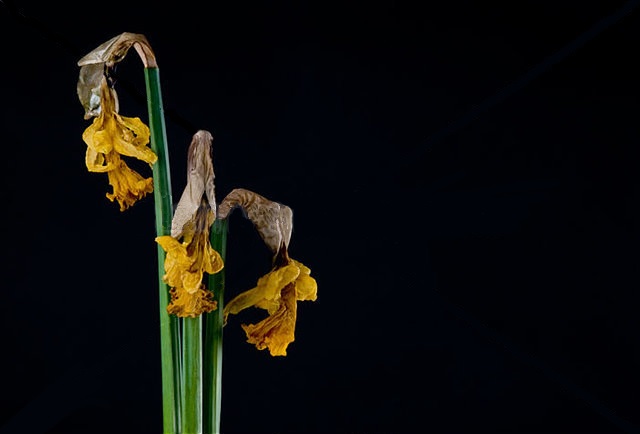 The first to life in the late of Winter,
The first to bloom in the newborn Spring –
While all the seeds are stilly sleeping,
Through the soil is something creeping.
Beneath the frost in the frigid hinter,
The bullets sprout as the robins sing –
From snowdrop first to tulip last,
By foxglove-time their time has passed.

But don’t bring bulbs indoors for Winter,
Don’t make the life for them too soft –
Or soon their show will disenchant,
With the leggy leaves of a spider-plant.
Don’t force a bulb to be a sprinter,
Rushing blooms to get aloft –
They shoot too soon, they shoot too bright,
Their heads too big, their stalks too slight.

The first to life in the late of Winter,
The first to wilt in the newborn Spring –
While those outside are stilly sleeping,
From the pots comes something leaping.
Far from frost in the humid hinter,
The sissies sprout as the carols sing –
From one-week first to next-week last,
By snowdrop-time their time has passed.

Gideon, Gideon, scourge of the Midian,
Judge of Manasseh and tough as obsidian.
Beating the wheat, he’s a young man of might,
So Yahweh descended with orders to fight:
To turn back the raidings of Midianite,
And break down the altar of Baal.

The idol he smashed, but to Yahweh a snarl –
“Prove you are greater than this god of Gog –
Keep the fleece dry when the dew tries to sog.”
Almighty proven, the lad must take charge
He raised up an army, but thought it too large,
And kept only soldiers who drank like a dog.

Now here’s an adventure to savour !,
To pass a long and lonely night
Within a small, strange room –
Never mind about the Saviour,
Read about the epic fight
As Gideon brings Midian to doom !

Gideon, Gideon, hiding his light in a jar,
Outnumbered by far,
But winning the night with trumpets and pluck
If only, if only the tale were all told,
Of the faithful and bold,
Of defending their homeland with Yahweh and luck.

But next came the slaughter, as wholesale as usual,
All egged on by Yahweh at mercy’s refusal –
When allies were wetbacks, he butchered the sods.
Then forty years later, his reign was still feted –
He died in contentment, unpunished and sated
As he took many wives and he praised many gods.

Now here’s a tale of confusion…
To pass a cold and friendless night
Within a sad, sparse room –
What moral should be our conclusion ?
The lonely will not find much light
To lead them out of an early tomb.

I’m not sure which Syllable to stress in ‘Manasseh’, being one of those words I’ve seen written but never heard spoken, but my subconscious wants it to be the second one, perhaps influenced by ‘molasses’.  If it turns out to be the first then the second line won’t scan very well, so I guess will need to be changed to ‘Manasseh judge’.  Ah, the vagueries of English…

Some have faded transfers,
And some have tannin stains,
Some have slops and lipstick,
And some have glazing veins
In the cupboards, out of sight,
Are they breeding overnight ?

Some of them are tobies,
But do they ever blink ?
Better put the kettle on,
I need to sit and think.
Coffee, sugar, spoon and jug –
Now where on earth has gone my mug…?